The Hair Kingdom (毛の王国, Ke no Onkoku) is a location from the manga series anime series, Bobobo-bo Bo-bobo. It is the country where Bo-bobo himself original hails from, as well as the final battleground of the original series.

The Hair Kingdom is one of the few stable nations left on Earth not absorbed within the Maruhage Empire. A peaceful yet slightly barren country, most of its citizens are, not surprisingly, small hair creatures who appear like little balls with one hair sticking up and a face on the base of the follicle. However, several of the citizens of this land are humanoid beings who not only have hair but are gifted with the power of "Hair" deep within themselves! The source of power for the humanoids is a special orb known as a Hair Ball, located deep within the chest cavity and allowing the being to use their abilities. Usually the power controlled by one with a Hair Ball involves the control and manipulation of hair, but there have been exceptions regarding another skill utilized merely powered by the Hair Ball (such as Hatenko's Fist of Key). Unfortunately, if the Hair Ball is destroyed, the humanoid will die immediately.

As peaceful as the Hair Kingdom has been, there have been moments of turmoil that threaten its safety and security. One hundred years ago, an army from the Maruhage Empire under the leadership of Tsuru Tsurulina III invaded the kingdom, expecting little resistance from those who lived there. Unfortunately, no one from the massive empire expected a dramatic resistance by the beings of the Hair Kingdom: powered by their Hair Balls and using remarkable abilities, the warriors of hair resisted and removed the threat of the Maruhage, restoring peace to the barren wasteland nation. After victory, no further threats emerged to threaten the kingdom at that time.

As the years passed and the peace remained in the Hair Kingdom, a new generation of humanoid children were born: five of the same father, all of whom left with the guard of protecting their homeland. These five would eventually be known as the Five Hair Children. Each of these children would eventually take up one of the five separate Hair-style fists, separate in location of follicle manipulation but equal in power and ability:

Unfortunately, there was great tension even early on between the Hair Children, particularly between the younger and older siblings. Both Ba-baba and Bi-bibi exhibited tremendous evil auras in front of their younger siblings, making them scared to face up to the possible threat their brothers possessed. Similarly, tension was shown in the training of certain Hair styles between those born of the kingdom and those who weren't. Although Bo-bobo trained with his friend Captain Battleship in the Nose Hair style, he became its master because of his birthright within the Hair Kingdom.

One day, twenty years ago, everything came to a head. A new king was to be chosen of the Hair Children of the one who possessed the great seal of the nation, and it was Bo-bobo who held it. Older brother Bi-bibi became jealous of his youngest brother, believing himself as the only one to lead the nation. Taking advantage of the leadership of the Maruhage Empire and their back history, a new Hair Hunt started with the Hair Kingdom as their initial target. Within days, soldiers scoured the countryside in search of hair to pluck, human or follicle. In the midst of the chaos, special escape pods were set up in order to transport the Hair Children out of their home until the coast was clear. One accidentally transported the eldest child Ba-baba out, while another was used by their father to get away before a platoon of Hair Hunters tracked him down. Two other Hair Children were ultimately captured by the Maruhage: Bo-bobo was left by his father to the bald soldiers while Bebebe-be Be-bebe (who had been turned into a cat due to a time paradox) was stolen during the invasion by the emperor's brother, Hydrate.

Eventually, the chaos in the Hair Kingdom died down and the Maruhage soldiers returned home where they continued their Hair Hunt on their own citizens to this day. Yet after the chaos, a desired had been accomplished: Bi-bibi suddenly had no resistance preventing him from becoming the leader of the kingdom. Over the next twenty years, Bi-bibi and Ba-baba ultimately rebuilt the Hair Kingdom under their rule, transforming it into what would become the New Hair Kingdom.

A list of residents and survivors who have remained unaffiliated with or fought against the New Hair Kingdom. 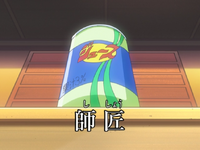 (ジュース師匠), also known as simply Master (師匠) in the anime and Master Juice in the English dub: A can of orange juice who taught Bo-bobo and Gunkan Hanage Shinken. He is the one who initial decides between the two boys who becomes the Seventh Master of Hanage Shinken. After his decision, he is drunk by Bo-bobo.

Vita and Min (ビタとミン, Bita to Min): Bi-bibi's young daughters who are constantly seen beside him. They appear to be around the same age, with Vita being slightly older. To distinguish the two girls, Vita has short hair (similar to Beauty), while Min has two short ponytails. Unlike their father, the two girls have no fighting ability whatsoever.

Locations
Retrieved from "https://bobobo.fandom.com/wiki/Hair_Kingdom?oldid=20933"
Community content is available under CC-BY-SA unless otherwise noted.